In February, 2016, Github user @BobuSumisu filed [a bug report about variable expansion collisions] (https://github.com/i3/i3/issues/2235) when one variable starts with the name of another variable.

For example, say you had the following variable declarations, and an exec line to autolaunch a program at boot:

One would expect this to evaluate to exec HOWDY, however it becomes exec i heard you have scrumptious seafoodaloop. Furthermore, given the configuration below:

The correct result of exec HOWDY is achieved.

Why is it happening?

How Variables Are Parsed

To understand this bug, lets look at the parse_file function of src/config_parser.c from the commit right before I started working on this bug. This function encapsulates a lot of logic, but the only code that is applicable to this issue is where variables are read in and stored in a list (src/config_parser.c:861887), and when that list is iterated over, replacing all occurrences of the variable with its intended value (src/config_parser.c:914-944).

The grammar for a variable declaration is essentially:

where \$ matches a literal $, \S matches any non-whitespace character, all tokens are space or tab separated, and all configuration lines are newline separated.

When a variable is found in a config (indicated by the set keyword), a few things happen in parse_file to verify it is syntactically correct, and then the key and value are copied to a new Variable struct which is added to the front of a list called variables (this is important in diagnosing the issue)

The code for substituting the variable key occurrences with their respective values is shown here:

There is a lot of logistical stuff going on here that makes this code a little hard to read, but the gist of this algorithm is to iterate through the list of variables, hence the SLIST_FOREACH macro, from front to back, replacing the nearest variables with their values.

So What Went Wrong?

It should be clear now that the variables are substituted in an order reversed from the order in which they were declared. With that in mind, let’s look at an example configuration that generates a happy dialog of a fish connesior visiting Los Angeles, and see how it is processed.

After the variables are read in, we have a list ( $foodies->i heard you have scrumptious seafood, $foo->hey la ). When the replacement starts, we find the instances of the first variable, $foodies and essentially rewrite them in-place (note: this doesn’t actually happen “in-place”, but for the sake of simplicity in this article, it is a safe abstraction to make).

At this stage, we have

Then, we move on to the next variable in the list, $foo, and replace its occurences, resulting in the final configuration:

Checking the output of cat pete verifies this: 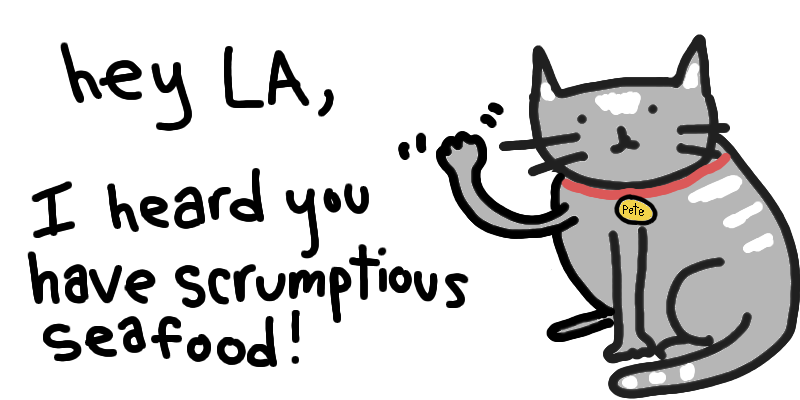 That seemed to work well, but what if the variables were declared the other way around?

This gives us the list of variables containing ( $foo->hey la, $foodies->i heard you have scrumptious seafood ). Let’s see what happens when we start to replace the keys with their values, again, starting with the first variable in the list, $foo. There is only one instance of $foo, so there should be no issue.

Sigh, what does cat pete have to say?

Woah woah woah…what?. Our previously sweet Ol’ Pete fled, and became a deviously effete meat head! So yeah, turns out there were two instances of “$foo”, but one was contained in “$foodies”. At this point there’s nothing left to even do, we’ve overwritten all of the $foo substrings in the occurrences of $foodies, leaving just the skeezy “hey ladies” behind.

Therefore, this option is not feasible in the current context. So what does that leave us?

The concept of matching on longest lexeme means that given a variable reference in which more than one substring starting at position 0 of the name is equal to a defined variable, then it should be replaced by the one with the longest length. For example, in our running example, a reference to $foodies should not be matched with $foo, because there is a longer declared variable that (exactly) matches it $foodies. This is a pretty simple concept, and seems perfect for this scenario, but how exactly do we implement it in the context of this codebase?

The variables in this configuration were correctly replaced, so what is there to learn from it? Well, remember that the variable key/value pairs are added to the Variables list at the front, which means that after all variable declarations were parsed, the list had the longer lexeme at the head. When variable replacement started, it substituted all instances of the longest variable, $foodies leaving none for $foo to eagerly match on.

The i3 codebase is very elegantly designed, and a lot of decisions are made to maintain a cohesive style, convention, and design. The initial implementation of the Variables list uses the <sys/queue.h> SLIST singly-linked list macros as its structure. Obviously it seemed like a perfect choice to insert in O(1) on a tried and true data structure, but unfortunately this would have to be changed in one of two way: either change the data structure and its many interactions to a better suited sorted list, or use the SLIST and sacrifice O(1) in exchange for minimal codebase changes. Since variable parsing only ever happens once, is relatively lightweight, and generally will not have a sufficiently large amount of variables to work with, I opted for the latter approach, wherein I compared the length of each new variable key to those of the current values; inserting before any keys that are shorter, or, simply sorting the list by length upon insertion. If the new variable key is longer than all others it becomes the new front of the list. The new code is shown below, if you compare it to the original Variables insertion code, you will find that consists of actually very few changes.

feel free to contact me with any comments or corrections via the options listed at the bottom of the page.

This work is licensed under a Creative Commons Attribution 4.0 International License.